The Ash Framework now it has a stable API!

I’m always on the lookout for good ways to organize large and complex codebases.

I’ve been curious about the Elixir Ash Framework and with the current ‘stable’ release, I decided to spend part of my vacation to explore and hopefully learn Ash. To explore and remember what I learn I am writing myself an Ash Tutorial - example based more than full explanations. Perhaps this will interest you too.

This tutorial tries to build on existing tutorials and documentation on Ash and present enough code examples and explanations, that a beginner (like me), can successfully build an application.

The idea is to build a relatively simple Ash app (a Support Ticket system), and integrate it with a Phoenix web application. And then provide alternative API (GraphQL / Json) - to make the app available to say a mobile App.

Having played with Ash a bit now, it nicely separates the Data Layer and Business Logic, the Access APIs AND facilitates common needs / patterns, ie:

Given the flexibility of Ash’s uses of resources, we will start with a very simple organization (similar to rails - resources will reflect database tables that are directly acted upon. Once the App gets a bit more complicated (and our resources get a annoyingly large), we will restructure the app to reflect a more modular approach.

NOTE: A resource based app that separates the Data Layer, Business Logic and Access Layers is a new fresh approach, but takes a bit of rethinking.

In the Thinking Elixir Podcast # 123 Zach describes the design of Ash to be Declarative Design designed to preserve functional mindset and splits applications into two aspects.

However, I like to think of Ash as having four Layers:

Long-term our system will need users, tickets and comments.

For now we need to create the minimal infrastructure needed by Ash, this includes: 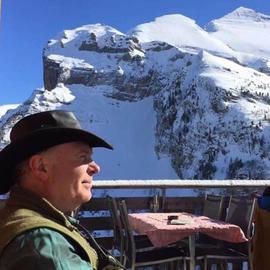